Musings on a rapidly changing world 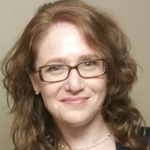 According to a recent Quartz article, we now spend more than 8 hours every day consuming media. The article cites a recent study by ZenithOptimedia that found that people spend more than 490 minutes of their day engaged with some sort of media.

Though I initially balked at the number, when I thought about it, I realized that it sounds pretty accurate. Which is mind boggling, at least for yours truly. There has long been much talk and concern over the rapid technologizing of our daily lives. Some go so far as to say that it will mark the end of real humanity as we know it.

However, you could also argue that the death of humanity happened back in the 1700’s, with the industrial age and the advent of the machine. For the first time in human history, we no longer needed to rely on our hands and our backs to do all the hard work of daily living.

But why stop there? Let’s reach back even further, to 370 B.C., and good old Socrates. Basically, Socrates was incredibly put out by the advent of the written word. He was utterly convinced that humanity had lost its way. (Sound familiar?)

Luckily, Soc’s student Plato didn’t share in his teacher’s abhorrence of writing. In The Phaedrus, Plato recorded a dialogue between Socrates and (surprise) Phaedrus. In the text, Socrates argues that our reliance on writing will atrophy our memories. He said that we would mistake reading for knowledge, even though words themselves do not and cannot represent knowledge.

…[writing] will create forgetfulness in the learners' souls, because they will not use their memories; they will trust to the external written characters and not remember of themselves...and you give your disciples not truth, but only the semblance of truth; they will be hearers of many things and will have learned nothing; they will appear to be omniscient and will generally know nothing; they will be tiresome company, having the show of wisdom without the reality.
– Socrates, The Phaedrus

Back to The Present

So what’s really going on here? Well, change is scary. It has always been scary. Change rocks the foundations of our lives, and we’re forced to adjust and adapt, lest we risk getting left behind. And as a general rule, Americans really hate being told what to do. It’s like petting a cat’s fur backwards. (We don’t like it.)

Even small changes cause uproar. In the 1920’s when talkies came onto the scene, filmmakers and critics around the world lamented that the added audio would over-focus on dialogue, which would corrupt the unique and subtle aesthetic experience of the silent film. I think most people today would vehemently disagree. Actually, wasn’t digitizing music supposed to mark the end of the recording industry? And some are saying that newspapers and post offices are on the chopping block next. I think you get my point.

Where we are with technological innovation today is scary, because it’s new and unknown. I think we are on the brink of a new era; one that will rival the industrial revolution in terms of its size, scope, and impact on the world. And I argue that this is a good thing! This is what we humans do. We adapt and improve upon ourselves. We evolve. If you think Darwin was at all worth his salt, then you already ascribe to this model. I honestly don’t see any difference in our reaction to change today, than from thousands of years ago. When have we ever progressed by holding ourselves back?

I’m immensely excited to see what our collective creative genius will bring about in the coming years. Today is an incredible time to be alive.